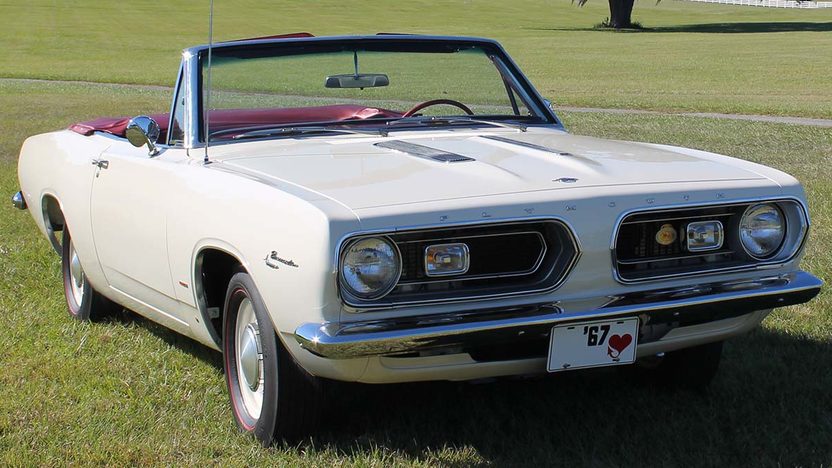 I have always loved cars, appreciated them mechanically as well as aesthetically. My father and I would most Sundays in September go out to look at the “new” models, maybe even go back on a Saturday when a salesman could show us a car we wanted to know more about. My father was a relatively tall man for the times and I will never forget the Saturday we went to see the 1957 Ford Thunderbird. Short doors and low to the ground, getting the picture? It took two salesmen to get him out of the car! Needless to say that car was taken off the list. 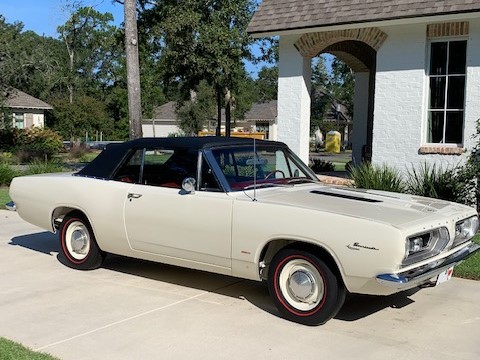 I helped restore a few cars in the mid to late 60’s that included a 1957 Coral and White Ford Ranch Wagon and a 1948 Plymouth 2 door. I’ve owned a lot of different cars over the years, a few somewhat interesting like my white 1967 Austin America that looked like a washing machine. None of them I would call a vintage or antique automobile until now.
We realized thru the pandemic that we really didn’t need more than one and a half cars so I started looking for that half a car. Something that could be driven some but also taken to a show and not come in last. Apparently I drove Karen crazy, so many cars I found you could not actually go see due to COVID restrictions. We also had “Criteria”. It needed to be a convertible, have A/C, power steering, have an interior that was not black and also fit in our garage. One thing that was important to me was I wanted a restored car that was factory correct.

We found the 1967 Barracuda in Metarie Louisiana, it met all the criteria. The restoration was finished in late 2009 in the Ocala area and was then purchased from the second owner since it’s restoration by the gentleman in Metarie in 2015. It had been stored in a climate controlled building all that time and had a mere 300 miles on it in the 12 years. I’m trying to get the history beyond that, I know it was a field find prior to the restoration. Galen’s Tag Service is apparently a great MOPAR resource, we’ll see. It has a few AACA badges to it’s name but not under my watch, we are looking forward to taking it ourselves to shows!